Proton Therapy: Behind the Scenes

Proton Therapy systems are complex and large. Because of their size, most of the equipment is hidden behind walls so that the patient in the treatment room never sees all the equipment. Let’s take a tour behind the scenes.

The core of the facility is a particle accelerator that produces the proton beam. These accelerators use technology developed for nuclear physics research and applies it to the treatment of cancer patients. The accelerators, known as cyclotrons and synchrotrons, are huge. Cyclotrons can weigh up to 200 tons and are 6-12 feet in diameter (Figure 1). Synchrotrons are lighter but are much larger in diameter, up to 20 to 25 feet (Figure 2).

Hydrogen gas provides a source of protons. This gas is comprised of proton nuclei bound to electrons. When the electron is stripped from the hydrogen atom, it leaves a positively charged proton.

The accelerators use magnets to bend the protons on a circular path and radio-waves to provide the energy to accelerate the protons to up to two-thirds the speed of light. At this speed, the protons can go approximately 13 inches deep into the body, allowing tumors that are deep in the body to be treated. Not all tumors are that deep. The proton energy can be varied to provide beams that penetrate from 2 to 13 inches into the body.

In the synchrotron, the proton energy can be adjusted during the acceleration process, but a cyclotron produces a single maximum energy. Therefore, the proton beam from a cyclotron must pass through a degrader and another system of magnets called the “energy selector.” This reduces the energy to fit each individual patient’s treatment (Figure 3). 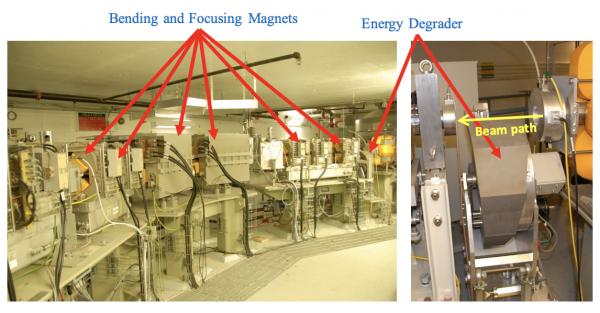 Figure 3. In a cyclotron-based proton system, the Energy Selector uses a wedge-shaped graphite degrader and magnets to reduce the beam energy and penetration. 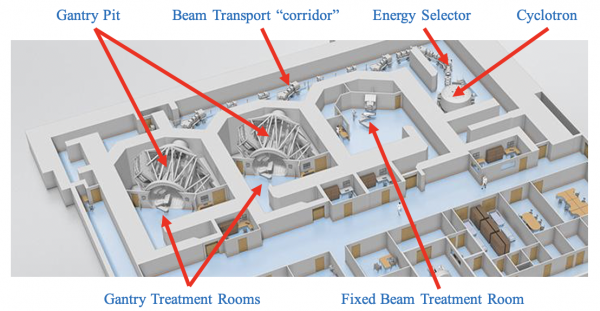 Figure 4. Large multi-room systems may have as many as five treatment rooms. The beam is transported into the room by a system of magnets located behind the treatment rooms in the beam transport “corridor". 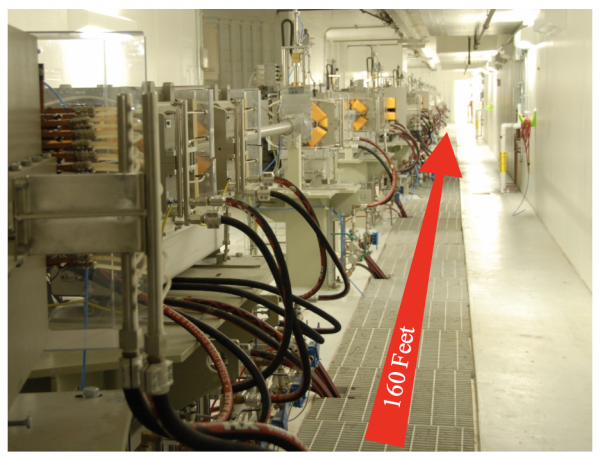 Figure 5. In a five-room facility, the beam transport “corridor” may be 160 feet long.

In recent years, proton equipment vendors have developed single room systems, with a much smaller design (Figure 6). These systems are less expensive and attractive to smaller centers like regional and community hospitals. 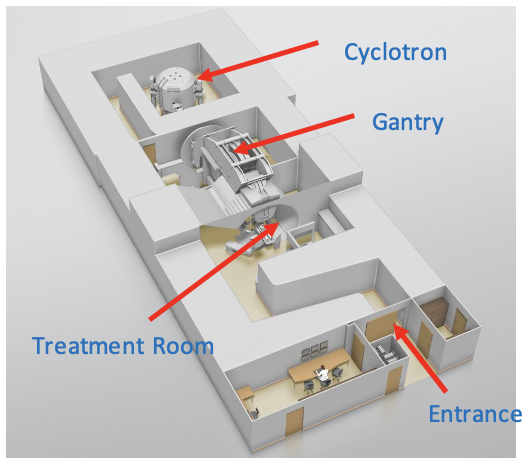 No matter how big or small the facility is, all systems require an accelerator and a treatment room. Not only is the accelerator large but the treatment room is also large. This is because yet another system of bending magnets is needed to direct the proton beam to the patient’s tumor from multiple angles. These magnets are mounted on a large structure, called the gantry. The gantry rotates 360 degrees around the patient. The patient does not see the gantry because it is hidden behind the walls of the treatment room. It can be 3 or 4 stories tall.

The gantry shown below is 40 feet in diameter and, with its magnets, weighs 100 tons (Figure 7). It is so large that it fills the gantry pit, making it difficult to take a photo that gives a true sense of its size (Figure 8). 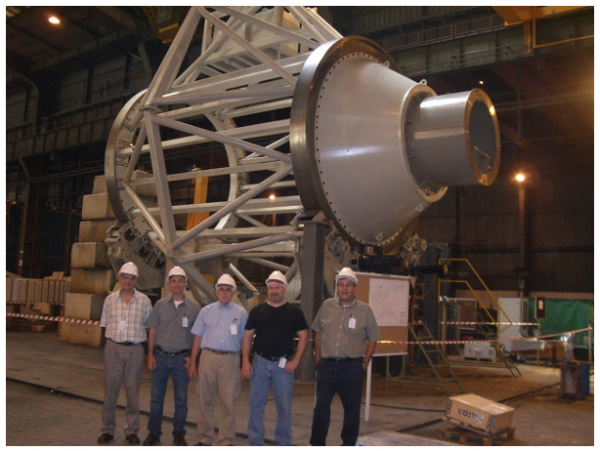 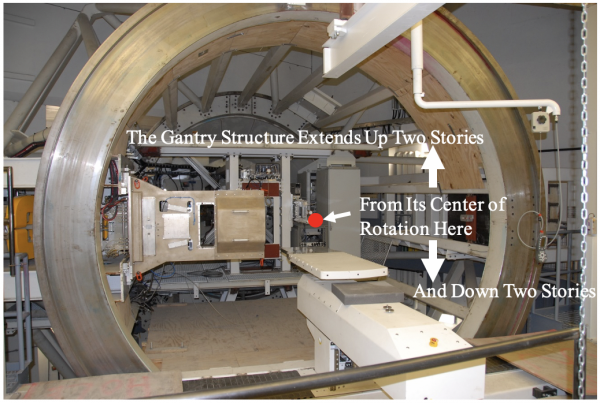 Figure 8. A gantry during installation. Eventually, the structure will be enclosed by walls to create the treatment room that the patient sees.

Fortunately, the gantry is located behind a wall that divides the gantry “pit” from that part of the treatment room that the patient sees (Figure 9). Hence the patient is unaware of the 100 tons of steel that is rotating around them delivering the proton beam to their tumor with millimeter precision. 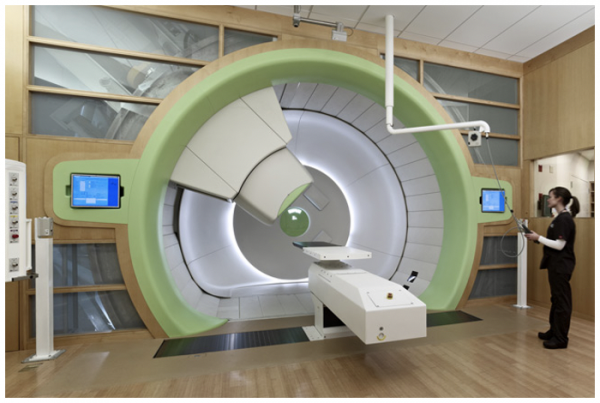 Figure 9. A typical proton therapy treatment room as seen by the patient.